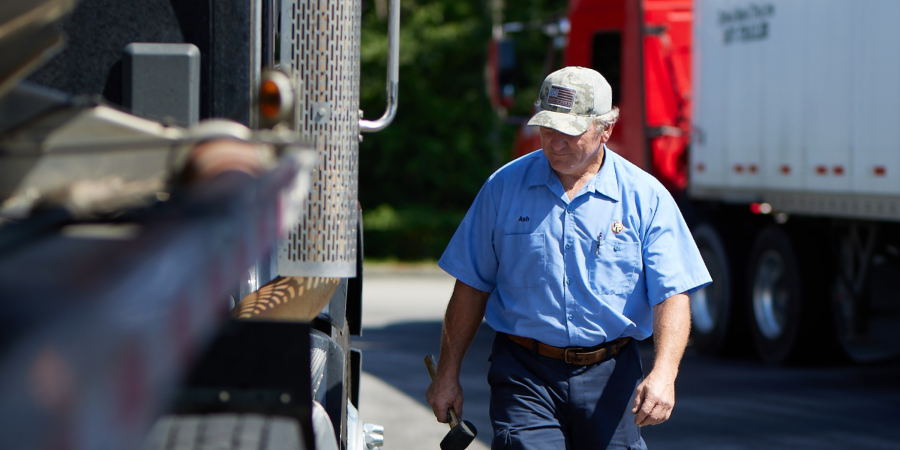 The root cause of today’s driver shortage

Once upon a time, trucking was considered a grueling, but steady, middle-class job. In 1980, hourly wages for many heavy and tractor trailer drivers topped $30 in several major cities. Barriers to entry were high, but many of the drivers lucky enough to get in back then worked standard eight-hour days, bought homes, and even went on regular vacations. It’s no surprise that many drivers call these halcyon days “the golden age of truck driving.”

And with the stroke of a pen, it all came to an end.

On July 1, 1980, then-President Jimmy Carter deregulated the trucking industry by signing the Motor Carrier Act of 1980 into law – and, many say, plunged the industry into a morass that depressed wages, lengthened work days, and led to many of the issues that contribute to the massive driver turnover we see today.

That wasn't the law's intention. The Motor Carrier Act of 1980 served as a corrective to the Motor Carrier Act of 1935, which empowered the Interstate Commerce Commission (ICC) to control many aspects of the trucking industry, including the right to move freight between states, the materials carriers could deliver, their routes, and even their fees. As a result, states passed their own intrastate commerce laws, and carriers found themselves having to apply for the authority to deliver goods to places they’d been operating in for years.

The law also hindered carriers’ ability to expand their territories by forcing them to apply for expansion rights in advance. However, this only applied to carriers in territories without competitors, and any carrier could scuttle another carrier’s expansion plans by claiming that competition could damage their own operations. These barriers to entry into the industry meant carriers stayed in their own territories and generally didn’t compete with each other. It also meant that there weren’t too many carriers around, which meant the drivers qualified to work with them got paid very well.

The Motor Carrier Act of 1980, on the other hand, sought to end what Carter called "excessive and inflationary government restrictions and red tape." It made it much easier for new drivers and carriers to enter the industry. As one of the country’s worst inflation spikes in history continued to send oil and gas prices soaring, the new law also hoped to save consumers money by encouraging competition on the price of transportation throughout the trucking industry.

It did save consumers money, but it saved retailers even more. According to Business Insider, truckload shipment rates fell by 25 percent between 1977 and 1982, adjusted for inflation. This decrease in rates also decimated the logistics space: By 1983, more than 70 carriers had closed for business; by 1986, that number had skyrocketed to 4,000. As a result, smaller companies began to dominate the landscape, and that influx doubled the number of trucking companies throughout the 1980s. Carriers had to cut wages to pay all of the new truckers flocking to these startups, which depressed median wages by as much as 50 percent in some areas.

A new normal for the trucking Industry

Since then, the trucking industry has struggled in several ways. Although the Federal Motor Carrier Safety Administration (FMCSA) caps trucker work hours at 14 per day (with stipulations regarding driving windows and required rest breaks), a study from the National Institute for Occupational Safety and Health (NIOSH) found that drivers routinely worked more than 60 hours per week. What’s more, a study from the American Journal of Industrial Medicine found that drivers regularly slept less than 6 hours in a 24-hour period, which could lead to long-term health issues and leave drivers susceptible to crashes.

Truck drivers’ days may have gotten longer, but their paychecks haven’t grown much at all since the 1980s. In fact, inflation and decreased wages have become a double whammy to the pockets of many drivers. In Atlanta alone, average hourly earnings dropped 31 percent between 1980 and 2017.

As a result, driver turnover has turned the industry upside down. Many drivers have become increasingly dissatisfied with their current jobs and taken to job-hopping their way to greener pastures within the industry. A recent truck driver survey found that more than a third of the respondents were planning to look for another truck driving job in the future. Of the ones that weren’t looking, 36 percent said they were staying put because they liked the pay.

Fluctuating fuel expenses, unsafe conditions related to parking, costly inefficiencies, and other factors may lead to owner operators leaving the field entirely. Recent wage hikes have helped stem the tide of workers leaving their jobs, but there are still roughly 80,000 fewer truckers on the road than necessary. According to the American Trucking Association (ATA), that shortage could grow to 160,000 by 2030. To make up for these departures, ATA estimates that the trucking industry will have to recruit nearly 1,000,000 new drivers.

That said, pay bumps may not be enough to counteract the effects of deregulation on the trucking industry. As one economic expert told Business Insider, “the prices of trucking got cheaper, but the ability to make a living evaporated."