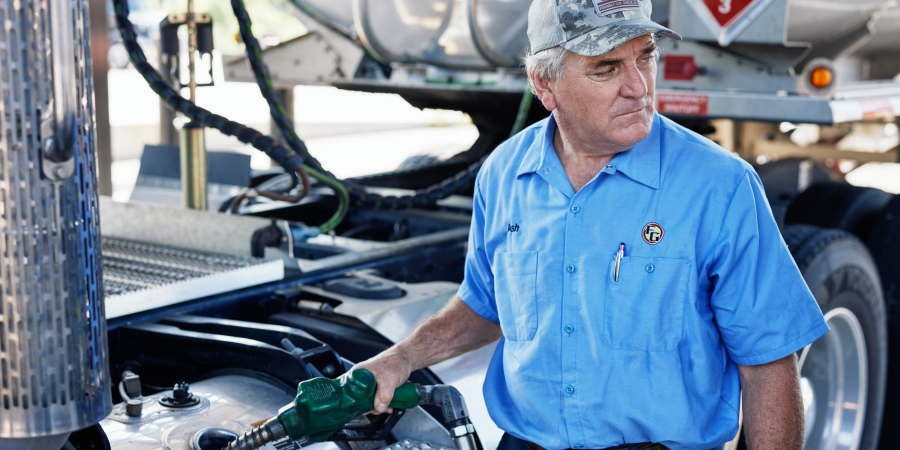 The American Transportation Research Institute’s (ATRI) annual roundup of critical issues in the trucking industry was one of the hottest topics discussed at the American Trucking Association’s 2022 Management Conference and Exhibition (MCE) last week. Not only did fuel price concerns re-enter ATRI’s top 10 list of issues for the first time since 2013, but it also topped the overall list. Here’s what trucking industry professionals had to say about fuel – and a slew of other concerns they have about the industry as a whole.

Record high prices for diesel fuel over the past year left drivers and carriers in frantic cost-cutting mode. The volatility in prices hit owner operators, who ranked fuel price hikes as their number-one issue, especially hard.

More than half of the survey respondents believe federal action may be necessary to solve the price issue by increasing the country’s fuel supply. There are several ways the federal government could do this, including expanding refining capacity, increasing domestic drilling, drawing from the Strategic Petroleum Reserve, or even supporting state efforts to create fuel tax holidays.

Other respondents suggested taking a closer look at the overlapping issues that affect fuel availability and unpredictable prices, and promoting the use of alternative and renewable fuel sources.

Figuring out the driver shortage

After five years running as the top industry concern, the ongoing driver shortage dropped a spot in this year’s survey. According to the American Trucking Association, the industry’s current shortage of over 80,000 truck drivers could double by 2030 for several reasons, including a wave of retiring drivers, the lifestyle challenges associated with the job, and driver resistance to increased regulations.

Parking availability woes also scored high on ATRI’s list of industry concerns, as it has for the past eight years. This year, it ranked third on the list of overall issues, but scored the top spot on the list of concerns for drivers. This has proved to be an existential concern for the industry; the lack of available parking has led to issues with driver recruitment and retention.

The good news is that the issue has caught the attention of political leaders. The U.S. Department of Transportation recently awarded nearly $40 million in grants to expand truck parking capacity.

Survey respondents suggested deregulating the construction and expansion of truck parking facilities and creating federal programs designed to increase truck parking capacity at freight-critical locations, and researching the relationship between the lack of spaces and highway safety.

The ongoing driver shortage, as well as increased freight demand, have led many carriers to use pay increases to recruit and retain the best drivers. According to ATRI, driver wages increased 9.8 percent over the previous year, which includes record highs in compensation per mile.

They’d also like to know more about the relationship between driver compensation and driver satisfaction and productivity, and how that might help driver recruitment and retention rates. In addition, drivers expressed interest in the effectiveness of carrier retention programs that reward drivers for safety, fuel efficiency, and trip productivity, which is crucial in such a tight labor market.

Recession fears placed the economy on the list of driver concerns for the first time since 2016 thanks to exceptionally high inflation rates, wage issues, and equipment shortages. Regulation reform topped the respondents’ list of proposed solutions, citing regulations like the California Air Resources Board (CARB) Advanced Clean Truck rule, which requires medium- and heavy-duty vehicle manufacturers to sell zero-emission trucks (ZET) as a portion of total sales within the state.

They also advocate for the creation of an office within the U.S. Department of Commerce that will protect the supply chains of industries crucial to the U.S. economy and national security, and to research the geo-political and economic issues that could clog the international supply chains involved in truck parts and equipment manufacturing.

What else are drivers thinking about?

Rounding out the list of the top 10 industry concerns included issues like the reduction of dock delays, driver retention, compliance, safety, and accountability systems, apparatuses designed to limit driver speed, and reforms related to driver lawsuits.

For more information on how Relay helps drivers and carriers find parking, fuel, and other necessary over-the-road expenses, click here.