Are women the new face of truck driving?

In a male-dominated industry fraught with high turnover rates, a recent surge of female truck drivers is proving to fill essential gaps in the nationwide truck driver shortage currently affecting the industry. Relay recently attended the Accelerate! conference, hosted by nonprofit and advocacy group, Women in Trucking, to learn more about the recent shifts in workforce, the positive impact female drivers are having, and what it takes to keep them happy behind the wheel.

There is a new saying emerging in the trucking world: “Drive like a woman.” While the quote often comes with a playful tone, it turns out there is emerging data to support the message. “Women are 71% less likely to have a reckless or negligent driving conviction.” says Danielle Bansch, National Account Manager at TransForce group—a staggering number with the ability to save carriers thousands of dollars in fines and insurance claims. Additionally, in 2017, women averaged 7,500 miles on the road with men clocking in at 7,300—a seemingly small difference, but one that adds up fast.

“Company executives often tell me that their female drivers are better with their paperwork, easier to train, take better care of the equipment [and are] more courteous with the customers.” a Women in Trucking employee recalls.

The benefits of women in the driver seat don’t stop at higher productivity. A massive 62% of women report more satisfaction in their career than men—a reality that has the potential to save an industry known for its driver dissatisfaction rates. Women are also less likely to drive for multiple carriers with 55% remaining loyal to just one.

For carriers looking to retain their female employees, it is more important than ever to create a fulfilling work environment. Below we cover the top 3 ways you can promote driver retention among your valuable female drivers.

More than any other requirement on the list, safety ranked at the top for women in the trucking industry. From making company safety policies public, to providing women with alert systems on the road, to timely HR action against harassment it’s clear that women behind the wheel need to know their wellbeing and safety are a top priority—not just in word but in action. “The worst case scenario is someone suffering in silence and nothing being done.” one driver notes. Many in attendance suggested implementing additional anti-harassment policies and education.

Many companies are beginning to create shorter-term road maps that allow future adjustments for various life events like family emergencies, maternity leave, childcare needs, personal health issues, etc. Making room for life to happen without it resulting in a lost job is proving to be beneficial for the long-term health of both carriers and drivers. Additionally, by prioritizing efficiency on the road, female drivers are able avoid wasted time and unsafe situations. The Relay app helps drivers to book safe parking, find fuel discounts fast, and make instant, fraud-free payments for a seamless OTR experience.

Another top concern for female drivers is not being taken seriously in the industry. As we’ve already learned, women are among some of the highest-performing drivers among both sexes and deserve to be recognized as such. In addition to the measures above, many trucking companies have begun taking action to celebrate women and their achievements publicly as well as urge merchants to carry additional feminine items like clothing and personal care to support women along their route.

“We exist. We are here.” says Angelique Temple, Tornado Transport.

Women drivers are here to stay (currently making up 8% of the driver population) and have the potential to significantly shift the driver shortage facing the industry today. It’s up to carriers to ensure they are meeting the needs of their drivers and paving the way for fulfilling careers.

To learn more about how Relay can help improve driver happiness and retention, head to our website. 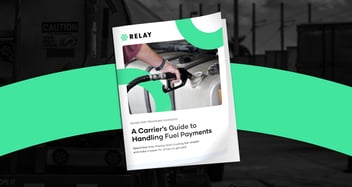